We often hear that anabolic steroids are very dangerous, they are capable to damage your health and organs and they are having very much and very bothering and dangerous side effects, some of which may be even life threatening.

Yet, lots of people are being prescribed steroids and lots of them are using them for such needs and everything is ok.

Why some people get bothering and even life threatening side effects and others use them safely? Because it highly depends on various factors. First off, it depends on what specific steroid you use. There are some steroids that are more dangerous than others, and some steroids that are very safe to administer. Other factors that come at play include the dosage and cycle lengths of the steroid, as well as the person’s health condition and many others.

Luckily, Anavar is a mild steroid. You may have learned how to use it, what are its benefits and results but is extremely important to learn about the side effects too in order to know what you can expect and what could go wrong.

Pharmacom Labs is offering Anavar as brand name Oxandrolonos, but make sure that you are receiving the exact same high quality Oxandrolone and even can save money! 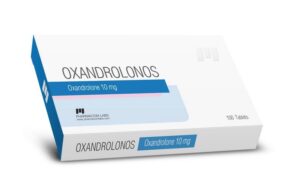 Oxandrolonos – Anavar is safer compared to most other steroids and that’s why is so famous. The compound is safer and remains effective, that’s why side effects are less and they are less likely to occur. Nonetheless, do not assume that Anavar is all safe.

The active substance in Oxandrolonos or Anavar is Oxandrolone and this is a steroid that was derived from Dihydrotestosterone (DHT). As all DHT derived steroids, it cannot convert into estrogen because it doesn’t aromatize.

As mentioned, Oxandrolone is DHT derived steroid and although it has a very low androgenic activity, some androgen related side effects are still possible to occur, as with anything that were derived from dihydrotestosterone. 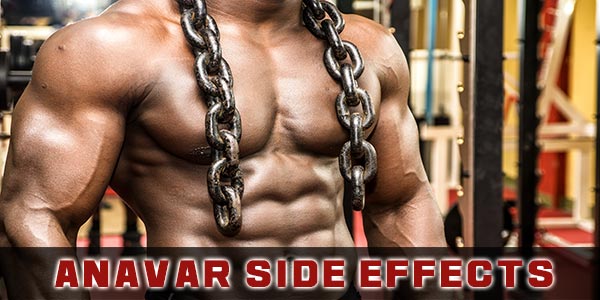 This is the reason why androgenic related side effects are not as bad even if they do occur (generally, only for those who use too high dosages or/and are genetically prone to get them). But some androgenic side effects associated with the use of Anavar (Oxandrolonos) include: aggression, hair loss, abnormal hair growth on face and body, oily skin and others.

Also, due to the same reasons, women are at risk of:

This is a side effect specific to women. The virilization process also known as masculinization is when a woman is basically turned into a man. But Anavar is most famous for women steroid because of much lower chances for this to occur.

Women with very low tolerance or those who abuse Anavar may get virilization. What symptoms/ side effects a woman may receive? Enlargement of clitoris, menstrual irregularities, deepening of the voice, thinking and behaving like a man, abnormal hair growth on face and body including many others.

Nonetheless, it doesn’t mean that is safe. Low testosterone condition still may occur and that’s why is extremely important to run a Post Cycle Therapy (PCT) protocol after each Anavar cycle, and in fact, after each steroid cycle.

Low testosterone condition can come with very bothering side effects and can be unhealthy for a man.

As many other steroids, Anavar (Oxandrolone) may have a negative impact on your cardiovascular health. Heart related issues could occur such as stroke, irregular heart beats and others. Mainly, it occurs due to:

Being milder, the side effect may not be as bad, but in case of abuse or in case of already existent cholesterol issues, Anavar may offer a really bad switch in your cholesterol balance.

The problem is that this is damaging your liver. Too much administration or for too long periods of time may be dangerous. Anavar – Oxandrolonos is by far not as hepatotoxic as for example Winstrol (Stanozolol), but liver issues are still possible to occur if abusing or having already existing liver issues.

You can protect your liver with supplements and avoiding anything else during the Oxandrolonos – Anavar cycle that can be dangerous and damaging your liver such as OTC medicines, alcohol consumption and others.